Me. I Am Mariah… The Elusive Chanteuse 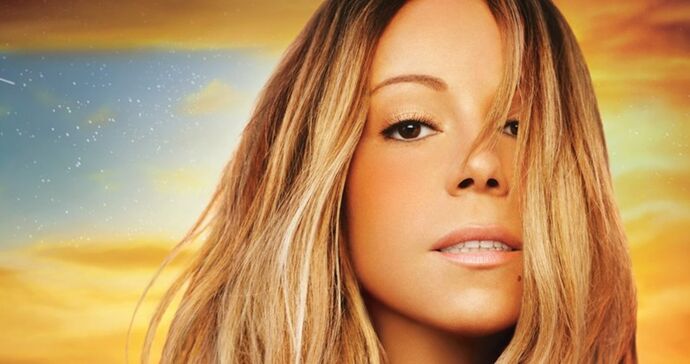 Me. I Am Mariah… The Elusive Chanteuse
14th studio album

Me. I am Mariah... The Elusive Chanteuse
Studio album by Mariah Carey

1. "Beautiful"
Released: May 7, 2013
Me. I Am Mariah… The Elusive Chanteuse is Mariah's 14th studio album. The album was released on May 27, 2014 through Def Jam Recordings (which made it her first album on the label since The Island Def Jam Music Group disbanded & the subsequent reorganization of Island Records & Def Jam Records).

The first indication that Mariah had begun working on her 14th studio album was in February of 2011 with Mariah stating that:

"I start writing for my new album this week-but it's just the beginning...."

In March of 2011, Mariah's representative said she will donate royalties for the song "Save the Day" (which she has written for her upcoming album) to charities that create awareness for human-rights issues.

During an interview with Billboard in May 2011, her husband Nick Cannon revealed that she had already completed a good amount of recording for a new album, a few months before during her pregnancy:

"She's planning on having a [new single] out this year. She's been working away, and we have a studio in the crib, and [the pregnancy] has totally inspired her on so many different levels."

Additionally, Nick confirmed that Mariah was inspired by her "self-titled debut album" and her sophomore album "Emotions."

In January of 2012, Nick updated everyone on the album, saying:

"My beautiful wife is planning to make her return to the music scene after taking time off to focus on the pregnancy and the birth of our two wonderful babies, Moroccan and Monroe."

On August 3, 2012, Mariah released the single "Triumphant (Get 'Em)" (featuring rappers Rick Ross & Meek Mill) that was originally supposed to be the lead single for her upcoming album, but due to the low critical & commercial performance, the song was eventually cut from the album.

In September of 2011, Mariah's friend & record producer Jermaine Dupri revealed on social network Global14 that he was back in the recording studio with Mariah working on new music.

In July of 2012, it was announced that producer Randy Jackson completed seven songs with Mariah for her album.

In August of 2012, Bryan-Michael Cox said about Mariah's album that:

"She was committed to making it before she got pregnant. Then she got pregnant and she took the time off. Then after she came back, we started really vibing again and we picked up right where we left off. I just feel like between [record producer] Jermaine Dupri, myself and her, we came up with a few things that [are] really, really a solid body of work."

In September of 2012, Mariah was in the studio with R. Kelly.

According to Mariah about her fourteenth album:

"I'm collaborating with a lot of my favorite people but the main thing is [that] I'm not trying to follow any particular trend, I want it to be well received. I want to stay true to myself and the music that I love and make the fans happy."

In an interview with Billboard in their March 9, 2013 issue, Mariah stated that:

"It's about making sure I have tons of good music, because at the end of the day, that's the most important thing.... There are a lot more raw ballads than people might expect... there are also uptempo and signature-type songs that represent [my] different facets as an artist.... Wherever we go with this project, I've tried to keep the soul and heart in it."

Billboard also asked Mariah about the album title, but she declined to reveal it.

In late March of 2013, Mariah stated that she "has more than enough songs," but "she's in the process of finishing things and mixing and all that."

In September of 2013, Mariah was in the studio with rapper Nas. In October 2013, Jermaine Dupri was announced as her new manager.

In January of 2014, Mariah stated that there will be two cover songs on the album and announced that she has finished sequencing the album's track list.

In an interview in February of 2014, Mariah added that there are songs on the album that are about her husband Nick Cannon as well as songs that she wrote specifically for her twins Moroccan and Monroe.

That same month, Mariah announced to MTV News that she has added three new songs to the tracklist: one extra Hitboy record and two new remixes.

She also stated that she is in the process of choosing a new title for the album.

The two remixes are of the songs "Betcha Gon' Know" (feat. R. Kelly) and "It's a Wrap" (feat. Mary J. Blige) (that were previously featured on her 2009 album "Memoirs of An Imperfect Angel")

The cover versions were confirmed to be George Michael's 1988 single "One More Try" and "America the Beautiful" for the Japanese CD edition of the album.

In June 2013, it was announced that Mariah is "still choosing between two titles" for the album.

On June 16, 2013, Walmart put the album up for pre-order and revealed the title as "The Art of Letting Go."

The following day, producer Jermaine Dupri confirmed that Walmart was correct and that the album would be called "The Art of Letting Go."

In February 2014, Mariah expressed dismay that the album title had been leaked and confirmed that a new title would now be chosen.

In the end, the album was titled "Me. I Am Mariah... The Elusive Chanteuse" which is a two-part title taking its name from two things personal to Mariah.

The first part is the caption from Mariah's "first and only self-portrait" (which is a drawing that she drew as a child that is included as part of the album's back cover) while the second half is a nickname she’s adopted recently.

While summarising the title and album's concept, Mariah said:

"This album is a reflection of some of the peaks and valleys that made me who I am today. I've always known me. I am Mariah."

Carl Williot from Idolator called the album title both "absurd" and "insane."

He also lambasted Mariah for including "annoying" punctuation in the track listing, including a hashtag (#) for the song "Beautiful", a period (.) for the song "Cry." and appending characters to the song "Money ($ * / ...)."

TIME's Dan Macsai called it the "greatest, most over-the-top album title of all time."

On the standard album edition cover, Mariah poses with her arms behind her head while wearing a nude-colored crocheted swimsuit.

The deluxe album edition cover features a close-up of Mariah's face on the same sun-kissed background.

Jeremy Blacklow from Yahoo! Music commented that some fans felt that the album covers "look retouched to the extreme."

In the April 2012 issue of Shape magazine, Mariah stated that:

"I've started writing songs for a new album, which I hope will come out in 2012. Getting back in the studio and making music again-which I truly love doing-is the best way to end this crazy year."

In August 2012, her then-manager Randy Jackson told Billboard that the album was set for release in March of 2013.

In an interview with Ryan Seacrest in September of 2012, Mariah stated that:

"I want[ed] [it] to [be released] sooner, but I guess it wouldn't be ready until around January 2013, somewhere around there. I wanted to put another single out, a ballad. I love it, but I'm still writing, I'm still working. So, you never know what it's going to end up being."

In February 2013, Mariah stated that she wanted to release the album as soon as possible.

According to an interview with Billboard (for the cover story), Mariah discussed issues around the failed singles and push backs & that she wanted fans to hear the album as a full body of work and thus performance of individual singles was less important.

In December of 2013, Beyoncé had released her self-titled album to the iTunes Store without any prior warning.

Def Jam Recordings confirmed that Mariah's album would receive a traditional release with a pre-order for the first week of May of 2014 with the pre-announced album cover, tracklisting and release date for May 27, 2014.

On November 11, 2013, the second single "The Art Of Letting Go" was released. The song peaked at #19 on Billboard's Bubbling Under Hot 100 Singles chart and #46 on Billboard's Hot R&B\Hip-Hop Songs chart.

The medley included Mariah's debut single "Vision of Love" as well as other songs such as "Make it Happen," "We Belong Together," "My All" and "Hero."

The taping aired the following day on May 16th during the season 12 finale episode of "American Idol."

On June 30, 2013, she performed the remix of the song with Young Jeezy and Miguel at the BET Awards.

On February 13, 2014, Mariah performed the song live while lighting up the Empire State Building.

At AllMusic, Andy Kellman rated the album three-and-a-half stars out of five, saying how Mariah has abandoned the brevity of her earlier releases, but says the songstress is "still capable of delivering 40 minutes of strong, supremely voiced R&B when she's up for it."

Kenneth Partridge of Billboard rated the album a 77 out of 100, writing how Mariah has found her musical niche that her fans have come to expect that is a "mix of pop-classicist balladry and hip-hop-tinged summer jamming."

At Entertainment Weekly, Melissa Maerz graded the album a B, saying how the release proves that her voice has been put through its paces, which she writes when Mariah is "trying to power through a note where it sounds like digital technology might be holding her up by the straps of that crocheted swimsuit."

According to Gardner however, Mariah's vocal is "relaxed and confident."

Jim Farber of New York Daily News rated the album four stars out of five, writing how the title is not indicative of the release as a whole because he says Mariah is not "elusive" in the least on an album where she "made her talent more clear."

At USA Today, Elysa Gardner rated the album three-and-a-half stars out of four, remarking whether "Elusive or not, this chanteuse is a survivor, and that's a rare thing in today's fickle, polarized pop landscape."

Caroline Sullivan of The Guardian rated the album three stars out of five, indicating how the release contains "a good deal of clutter," however, Mariah is "also at her most soulful and melodic" on a release she calls "a welcome return."

At the Los Angeles Times, August Brown rated the album two-and-a-half stars out of four, indicating how Mariah vocally reined herself in on the album where she showcases her continued relevance.

Eric Henderson of Slant Magazine rated the album three stars out of four, observing how the release is chalked full of "Undisciplined R&B pastiches."

At The Boston Globe, Sarah Rodman gave a mixed review of the album, commenting on how even the good moments are "sabotaged" and the release as a whole is highly predictable with "a clutch of interchangeable slow-to-midtempo tunes long on pulsating atmosphere — several with distractingly fidgety rhythmic tracks — but short on melody or verve."

In December of 2012, Mariah's then manager Randy Jackson announced that she is planning a world tour following the album's release.

In June of 2013, Mariah announced that she was not ready to release the album in July and thus the tour was postponed. Her subsequent injury in July of 2013 paralyzed the album even more.

Community content is available under CC-BY-SA unless otherwise noted.
Advertisement