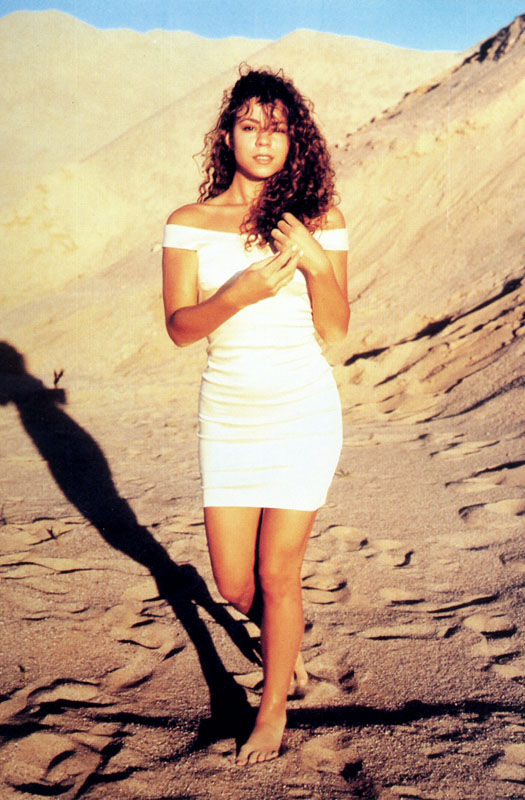 With the success of her debut album, Carey and top Sony/Columbia executives such as Tommy Mottola and Don Ienner realized it was time to decide her future plans. Carey was now given permission to produce (which had been denied for most of her first album) and the option to work with producers of her choice. She worked with Walter Afanasieff (the only holdover from the debut album), Clivilles & Cole (of C+C Music Factory) and Carole King.

"Emotions" did not receive as substantial promotion as Carey's debut album, and Mariah faced criticism once again when she refused to go on tour. In the wake of a recent scandal at the time involving Milli Vanilli, critics once again attacked Mariah, believing that she was a "studio artist" who was unable to perform live, and that her famous high notes were nothing more than a creation of synthesized instruments in the studio.

Mariah later said she did not tour because she faced her own insecurities and a general lack of self confidence in performing for an audience. She explained her issues by stating that most artists overcome anxiety during their live performances before they get a record deal, but she did not have the same experience performing live. Despite this she made a successful showing on NBC's "Saturday Night Live" that fall singing her hit single, "Can't Let Go" and the expressive R&B/gospel tinged song, "If It's Over".

The reviews for the album were mixed. Mariah was mostly criticized for the abundance of high notes in her vocals on the album, especially those on the title track, where her vocal range is showcased more than on any of her previous songs. More characteristically, "Rolling Stone" magazine found her singing too showy, writing: "Carey has a remarkable vocal gift, but to date, unfortunately, her singing has been far more impressive than expressive". The album earned two 1992 Grammy Award nominations for Producer of the Year and Best Female Pop Vocal Performance (for "Emotions"), losing in both categories.

"Emotions" debuted and peaked at number 4 on the U.S. Billboard 200 with first-week sales of 129,000 copies, which surprised some following the huge success of Mariah Carey. It spent twenty-seven weeks in the top twenty and a total of fifty-five on the Billboard 200. It became the first of four of Mariah's studio albums not to sit atop the Billboard 200 and was her lowest-peaking album until "Glitter (album)" in 2001.

In Japan, the album reached number three on the Oricon chart and has sold one million copies. "Emotions" performed better on the chart than her debut in the UK, peaking within the top five and spending four weeks more in the top seventy-five, with a total of forty weeks. The album was a success in Canada and Australia, but as in the U.S. it did not sell as well as Mariah Carey. The album made the Canadian top five and the Australian top ten, and was certified 4x platinum in Canada and platinum in Australia. Carey's success was once again moderate across continental Europe.

The singles from Emotions were not huge hits and, like her debut album, only the lead single was a success outside of the U.S. The first single, "Emotions", became Carey's fifth consecutive number 1 single in the U.S., making her the only act in chart history to have their first five U.S. singles reach the top of the Billboard Hot 100. It also made the top five in Canada, but failed to go beyond the top twenty in the UK and Australia.

"Can't Let Go" became her sixth consecutive top five hit and broke her string of number-one hits, it was a modest hit elsewhere: despite making the Canadian top ten, it barely reached the UK top twenty and missed the Australian top forty altogether. "Make it Happen" peaked at number 5 in the U.S. and became her first single to miss the Canadian top ten, but managed to peak within the UK top twenty and the Australian top forty. A fourth single, "Till the End of Time," was commissioned to radio in Costa Rica and Mexico in an attempt to boost sales of the album. Because the song received minimal airplay, and to make way for the release of the MTV Unplugged EP, it was not given further promotion as a single.

The album was certified 4x Multi-Platinum, Platinum in the UK, Sweden, New Zealand, Australia, and the Netherlands, Gold in Switzerland and France, and 4x Platinum in Canada.

Community content is available under CC-BY-SA unless otherwise noted.
Advertisement