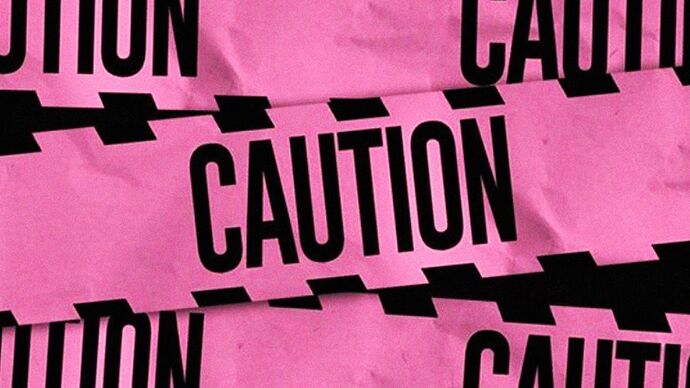 Caution is Mariah's 15th studio album. The album was released on November 16th, 2018, through Epic Records.

The first time Mariah mentioned a new album was in March 2017, in an interview with W Magazine. In December 2017, in an interview with V Magazine, Mariah mentioned that she was starting fresh after recording from 2015 - 2017. In June 2018, she talked about her new music and album on Jimmy Kimmel. In August 2018, during her residency "The Butterfly Returns", she said that she would finish the album later that month. Later in that same month, she teased a photoshoot for a "secret project" which was later revealed as the cover artwork shoot, and for the music video of the first single, "GTFO". On September 12th 2018, Mariah announced "GTFO" as the first promotional single for Caution.

Mariah did a number of promotional performances to support the album starting from April of 2018. In April, she appeared on a couple of YouTube segments. In June of 2018, she appeared on the Jimmy Kimmel show to promote her Las Vegas residency, but also talked about the album. In the same month, she appeared on Lorraine UK, as well as RTL in Germany in support of her Christmas shows. On September 13th 2018, she released the first promotional single, "GTFO", with its music video arriving a day later. A week after its release, she appeared on the "iHeart Radio Music Festival", where she performed a medley of her hits and "GTFO". On October 4th 2018, she released "With You". On October 9th, she performed the song at the American Music Awards, releasing its music video the same day. In November, she also appeared on the "Tmall 11.11 Global Shopping Festival" to perform her hits "Emotions" and "Hero". During release week, she appeared on many radio and TV interviews, most notably,"Jimmy Fallon", "The Elvis Duran Show", "Genius", "Watch What Happens Live", "Kelly and Ryan" and "TRL". On November 16th, she performed "The Distance (ft. Ty Dolla $ign)" on the Jimmy Fallon show, releasing its lyric video on the same day. On November 19th, she performed "With You" on "Good Morning America" as part of promotion for the album. She also released a lyric video for "A No No" a few weeks later.

Retrieved from "https://mariahcarey.fandom.com/wiki/Caution_(album)?oldid=6682"
Community content is available under CC-BY-SA unless otherwise noted.